With the successful completion of PF141 with Aurora Topaz, FrontierSpace has now reached a new milestone. PF141 was the hundredth successful passenger flight by the company. In fact, FrontierSpace is now the most profitable space tourism industry in North America.

The occasion has been marked by a special event in the Aurora hangar after landing. Dr. Gordon Frohman, chief engineer of the Thor rocket engine, was enthusiastic. He joked, “Hey, if we get free cake, it’s an occasion worth celebrating.”

The passengers aboard the hundredth flight were given special pendants, with only a hundred minted and given to various people who were involved with the success of the program. One of them quipped that it made her feel like “a particularly corrupt congresswoman.”

Of course, after all that the spacecraft was refurbished as usual and headed out for the 101st successful flight- the first toward the 200-flight milestone.

The Reaction Engines SABRE-6, a new development of the SABRE hybrid jet engine, was run for the first time on Thursday. The SABRE-3 variant powers our Aurora spaceplane and the original SABRE-4 powers the Reaction Engines Skylon and Boeing 2707. The SABRE-6 is a larger version with six combustion chambers instead of three or four.

SABRE, or Synergistic Air-Breathing Rocket Engine, is a precooled air engine designed to operate into the hypersonic regime and beyond. It operates similarly to a jet engine at low speed and altitude, taking in air, compressing it, and burning it in combustion chambers to produce thrust. The difference is that it has an air precooler in front that cools the intake air with the cryogenic fuel, greatly increasing efficiency at hypersonic velocities. When there isn’t enough air, it switches to stored liquid oxygen.

The SABRE-6 variant looks like a larger version of the similar SABRE-4, but Reaction Engines engineers state that significant re-engineering took place during development. It is not simply scaled up- several portions of the engine had to be completely redesigned.

“It’s almost a whole new engine,” one of them told us. “It’s tried and tested technology, but the actual implementation is new.”

Early in the morning, the prototype was wheeled into the test chamber on its complicated-looking cart. After everything was set up, it was started. The characteristic whine, similar to a jet engine, reverberated through the building, and a small cone of blue flame was visible at the back. Giant fans were turned on to push air into the sealed chamber, simulating flight conditions. SABRE-6 was throttled up and giant blue cones pulsed with raw power from its six chambers. It was kept at half power for ninety seconds before being gently throttled down and shut off.

Our chief engine engineer, Dr. Gordon Frohman, witnessed the event. Obfuscating his intelligence, he remarked lightly, “It was big and loud and there were huge flames. It was awesome!”

Reaching Out To Education 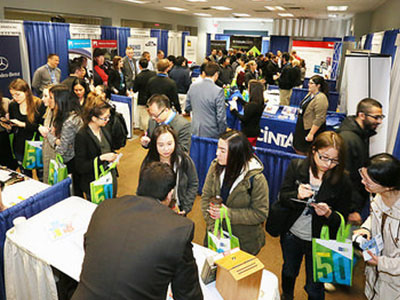 FrontierSpace is immensely proud of its educational outreach program, started in the early days of the company to promote interest in space and careers in the aerospace industry.

Spaceplane engineer Szczepania Székesfehérvár Kolodziejczyk-Tsinamdzghvrishvili reflects on what drove her to pursue her current career. “I saw Svetlana on moon as a child. I think I want to go there. Then later I realize, I don’t want to go there. I want to make it so me and others can go there.”

But it seemed impossible to her at the time, even after getting a full ride scholarship at the University of Helsinki.

“My parent say, go east to Poland, because it is new time and good jobs,” she reflected. “But I go north instead, because want into space, and Poland cannot into space. Still I do not get into space. I study engineering of mechanics, and I design missiles in Kalmar.”

After a pause, she adds, “But the time is change. Space is large now, and on everyone. The company is all hiring. If smart and work of hard, is there opportunity. So that is what I want to do. I tell people, yes, you can do this thing.”

Tomorrow, Kolodziejczyk-Tsinamdzghvrishvili will be present at the FrontierSpace booth at the Burnaby-Cascadia Institute of Technology annual career fair.

The Talos T30B-ER (Extra Reliable) is an improved variant of our Talos T30 engine. Although it retains 90% parts commonality with the older engine, reliability has been improved by an estimated thirty percent and efficiency is marginally better. It is a drop-in replacement that can be mixed with the original variant, even within the same cluster.

In his usual mock-unintelligent fashion, chief engineer Gordon Frohman says of the engine, “I don’t know what most of the words they used mean, but the smart guys said that this engine is better, so I guess that’s a good thing.”

A new injector assembly is the key to the improved efficiency, and also contributes to the improved reliability. Revising the geometry of key parts has reduced weight and increased durability. Switching to new synthetic elastomer seals has almost completely eliminated leakage. Finally, improved firmware has allowed us to get the most out of the engine. 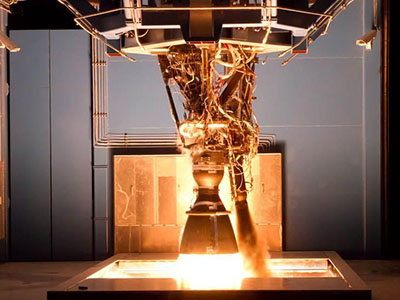 “Then again, there’s only like two percent more thrust, which is kind of lame after all that work,” Frohman adds, demonstrating that even when they succeed, our development team always strives to do better.

The new engine has completed all development work and is now fitted to a rocket that will be launched in the next month. Because the improvements are small and incremental, most engines will not be upgraded until their 10-launch refurbishment point. All new engines will be built to the T30B-ER standard.