The Aurora spaceplane is an innovative suborbital passenger spacecraft. It is an air launch to orbit (ALTO) system, which means it’s carried aloft on a modified airliner before separating and continuing to orbit on its own power. Aurora can carry up to twelve passengers in addition to its two pilots. FrontierSpace currently operates a fleet of five Aurora spaceplanes. 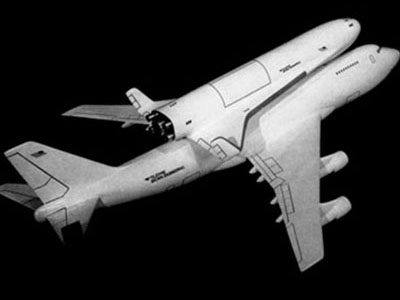 Aurora is one of the few spaceplanes in the world to use an air launch to orbit (ALTO) strategy. A specially modified Boeing 747-400F airliner carries the Aurora spaceplane to an altitude of 40000 feet and accelerates to its maximum speed of Mach 0.88. The spaceplane is then released, continuing to accelerate and climb to space on its own engine power. The ALTO strategy greatly reduces the amount of fuel the spaceplane needs, making it smaller and more economical.

SABRE-3 is a three-chamber precooled hybrid air breathing rocket engine, the first of its type. It is a hybrid between a jet engine and a rocket engine and burns liquid hydrogen. Near sea level, it operates almost identically to a regular jet engine, compressing air, combusting fuel with it, and expelling the heated air at high speed to produce thrust. At high speed and altitude, the liquid hydrogen fuel is used to cool the air before it enters the compressor, and in space liquid oxygen is used instead of ambient air. Variants of the SABRE engine are used in the Reaction Engines Skylon, Boeing 2707, and Northrop Grumman F/A-37 Talon. 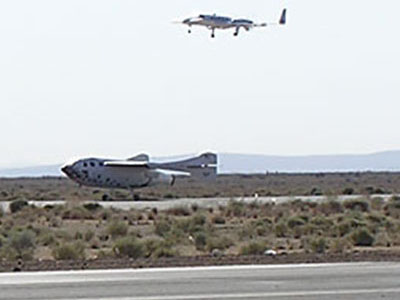 The Aurora spaceplane is one of the safest and most successful in the world. It is designed with safety as a priority. The ALTO method is inherently safer than a rocket launch, since it uses a proven airplane as the first stage and reduces the amount of fuel the spacecraft must carry. The suborbital trajectory does not create the same heat and stresses on return as an orbital flight. Additionally, the spacecraft features triple-redundant controls and can safely fly with only two engine chambers functioning. Aurora has a proven safety record, with no major accidents on record. 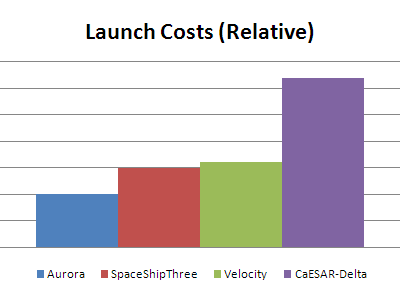 As of today, Aurora has the lowest cost-per-passenger of any suborbital spacecraft. Its advanced technology and ambitious launch strategy are the key to this low cost. It is fully reusable and can be refurbished and made ready for its next flight within days. The combination of ALTO and the SABRE engine consume less fuel than straight rockets. Despite its low cost, Aurora is just as safe and just as capable as competing spacecraft.

The Aurora spaceplane is currently used for all suborbital passenger flights. Book one today!